An attempt to address worker shortages in agriculture has been dismissed by farmers as “meaningless”.

The Federal Government recently extended the list of occupations eligible for skilled-worker visas in regional Australia to include livestock, dairy and crop farming, among others.

The changes allow farmers to employ foreign-skilled workers on four-year visas that can be renewed.

Previously, the same workers were employed in regional Australia on a two-year visa.

“I think this is a significant improvement for regional Australia and for farmers because we’ve got 18 additional roles here and they are broad — across grain, sugar, mixed crop and livestock farming, cotton growers — they are quite broad in application.”

Victorian Farmers’ Federation vice president Emma Germano said the extension was “not even close” to what farmers had been calling for.

“We don’t need any more announcements that are meaningless against that number one thing that we’re calling for is an ag visa,” she said.

The National Farmers’ Federation has been calling for a dedicated agricultural visa, such as that suggested by the National Party and the cause of party room tensions within the Coalition.

The hope was that such a visa would address farm labour shortages by allowing farmers to hire a dedicated overseas workforce on a temporary basis, however today’s announcement covered only skilled occupations and not unskilled labour such as fruit-picking.

Ms Germano said the suggestion that Government had consulted widely with industry about the visa extensions was “a bit of a joke”.

“Beggars can’t be choosers, so any of these announcements we’re suppose to clap our hands and say ‘oh great thank you Coalition for looking at these programs and giving us extensions’,” Ms Germano told the ABC.

“Whilst all of those little things are helpful and you’re not suppose to bite the hand that feeds you, the reality is it just doesn’t go far enough.

“This is about saving the furniture for the Coalition and its more about politics than what is about agriculture.”

The extension of regional visas follows an announcement last November about changes to seasonal and backpacker working visas programs.

“Between these changes and also some other changes to to the Working Holiday Maker program, we really are assisting in helping to fill job gaps in regional Australia ” Mr Coleman said.

Last week, a report by Adelaide University found that some farmers were forced to choose between using illegal workers, or leaving their produce to rot. 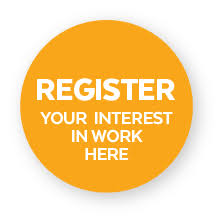 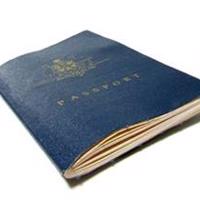